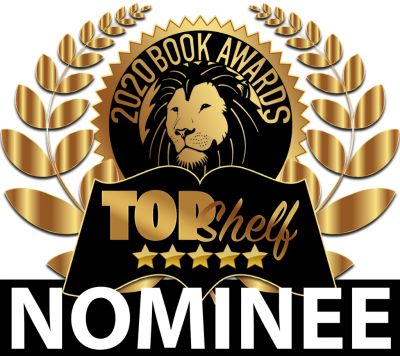 Edger (2018) has been nominated for the 2020 TopShelf Magazine Book Awards in the categories of: Fiction; Action, Adventure, Humor/Comedy, New Adult, and Paranormal. Finalists will be selected by September 2020, with the winners announced the following December. Visit their Discovery Listing and peruse all the nominees here.

TopShelf Magazine is a literary journal offering marketing advice, trade reviews, exclusive author interviews, book spotlights, indie discoveries, and more. “Our editors vet each book we spotlight, so readers know the books they find in TopShelf Magazine are worth their time and investment.” (Visit their testimonials page to learn more.)

An average Joe has a chance to be a superhero and face off against a supervillain—using tech that may be deadly to the user—in Beem’s offbeat comedy.

Edger (Ed-jer, as he constantly stresses) Bonkovich is a typical Dork—tech support at Über Dork, a subsidiary of InstaTron in San Diego. He knew InstaTron CEO/founder Mike Dame back at Notre Dame, where they discussed concepts Mike used to earn a degree and start his company. But now Mike needs Edger’s help. Someone has stolen InstaTron Tron, a cumbersomely named artificial intelligence, and released it. The villainous AI seems hellbent on creating anarchy. With an injection of nano-neuro medicine, Edger can access, via his own mind, the dreamlike Collective Unconscious (a database of everyone who’s ever lived) to recover the InstaTron Tron. Unfortunately, the AI is a necessary component to prevent the brain from information overload; without it, Edger will die within 96 hours. Complicating matters is a fiendish organization called Nostradamus. But Mike has also given Edger a ring that uses nanofibers to outfit him with a body-armored “space-ninja costume.” He even stumbles upon a few surprising allies in the Collective Unconscious, like Bruce Lee. Beem laces his absurdist plot with kooky imagery. The AI’s biological host is, at one point, a cow, and a nearly 300-pound defensive tackle may be a spy. These gags make it easy to ignore the sometimes-muddled plot points (the motive for stealing the AI is unclear). The characters, however, are earnest and multilayered. Edger, like any good superhero, battles baddies as well as personal issues, e.g., low self-esteem. He’s funny, too, dropping random words into common phrases (“What the kumquat?”).

The Edger Audiobook Has Found Its VoiceJanuary 27th 2020